14 of the 20 most common cancers in women showed decreases in mortality: leukemia, myeloma, melanoma of the skin, non-Hodgkin lymphoma, and cancers of the urinary bladder, breast, cervix, colon/rectum, esophagus, gallbladder, kidney and renal pelvis, lung and bronchus, ovary, and stomach. Melanoma and lung had the greatest decrease in mortality. Uterus, liver, brain and ONS, pancreas, and soft tissue including heart showed increases in mortality for women between 2014-2018.

11 of the 19 most common cancers in men showed decreases in mortality between 2014-2018: leukemia, myeloma, melanoma of the skin, non-Hodgkin lymphoma, and cancers of the colon/rectum, larynx, lung and bronchus, stomach, urinary bladder, esophagus, and kidney and renal pelvis. Melanoma and lung had the biggest decrease in mortality. Bones and joints, oral cavity and pharynx, soft tissue including heart, brain and other nervous system (ONS), and pancreas showed increases in mortality for men between 2014-2018. 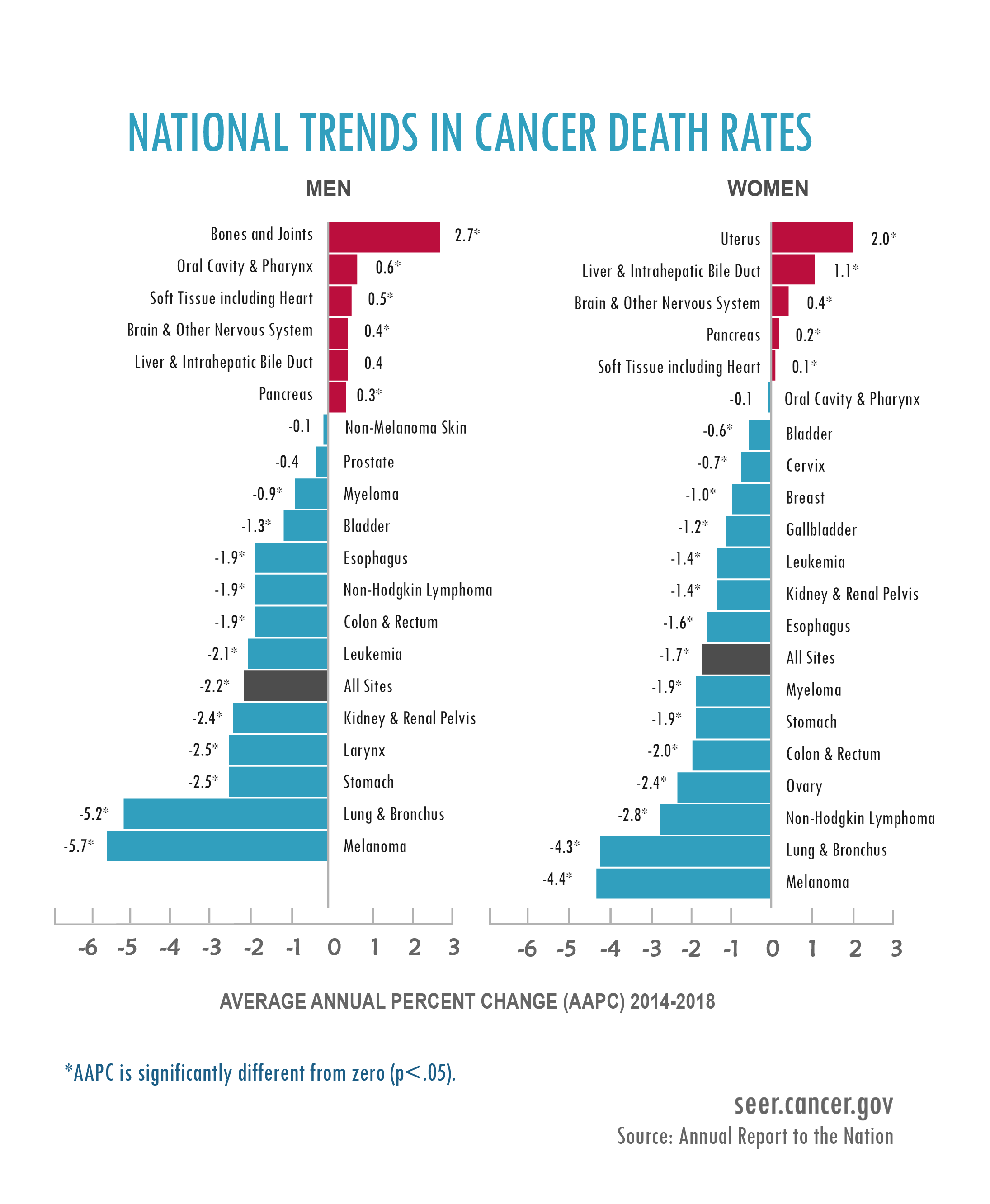