Lifetime Risk of Developing Cancer: Approximately 0.2 percent of men and women will be diagnosed with Hodgkin lymphoma at some point during their lifetime, based on 2017–2019 data.

Prevalence of This Cancer: In 2019, there were an estimated 218,740 people living with Hodgkin lymphoma in the United States.

How Many People Survive 5 Years Or More after Being Diagnosed with Hodgkin Lymphoma?

Cancer stage at diagnosis, which refers to extent of a cancer in the body, determines treatment options and has a strong influence on the length of survival. For Hodgkin lymphoma, 13.7% are diagnosed at stage I. The 5-year relative survival for stage I Hodgkin lymphoma is 92.4%.

SEER 17 2012–2018, All Races, Both Sexes by Ann Arbor Stage.
Statistics by stage only include cases coded as Lymhpoma or Lymphoma-CLL/SLL in EOD 2018 schema definitions.

Compared to other cancers, Hodgkin lymphoma is rare.

Hodgkin lymphoma represents 0.4% of all new cancer cases in the U.S.

In 2022, it is estimated that there will be 8,540 new cases of Hodgkin lymphoma and an estimated 920 people will die of this disease.

Hodgkin lymphoma is most frequently diagnosed among people aged 20–34.

The percent of Hodgkin lymphoma deaths is highest among people aged 75–84. 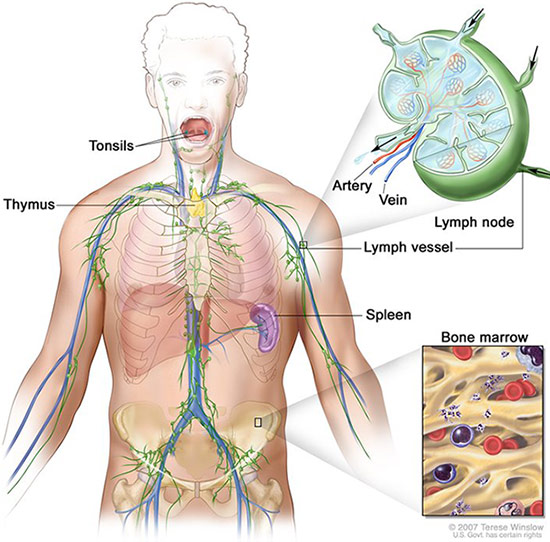 Here are some resources for learning more about Hodgkin lymphoma.