Lifetime Risk of Developing Cancer: Approximately 0.4 percent of men and women will be diagnosed with tongue cancer at some point during their lifetime, based on 2017–2019 data.

How Many People Survive 5 Years Or More after Being Diagnosed with Tongue Cancer?

Cancer stage at diagnosis, which refers to extent of a cancer in the body, determines treatment options and has a strong influence on the length of survival. In general, if the cancer is found only in the part of the body where it started it is localized (sometimes referred to as stage 1). If it has spread to a different part of the body, the stage is regional or distant. The earlier tongue cancer is caught, the better chance a person has of surviving five years after being diagnosed. For tongue cancer, 28.6% are diagnosed at the local stage. The 5-year relative survival for localized tongue cancer is 84.2%.

Compared to other cancers, tongue cancer is relatively rare.

Tongue cancer represents 0.9% of all new cancer cases in the U.S.

Tongue cancer is more common in men than women. Tobacco use, heavy alcohol use, and infection with human papillomavirus (HPV), especially HPV 16, are associated with this cancer. The rate of new cases of tongue cancer was 3.6 per 100,000 men and women per year based on 2015–2019 cases, age-adjusted.

Tongue cancer is most frequently diagnosed among people aged 55–64.

For tongue cancer, death rates increase with age. Men are more likely than women to die of this cancer. The death rate was 0.7 per 100,000 men and women per year based on 2016–2020 deaths, age-adjusted.

The percent of tongue cancer deaths is highest among people aged 65–74.

Using statistical models for analysis, age-adjusted rates for new tongue cancer cases have been rising on average 2.2% each year over 2010–2019. Age-adjusted death rates have not changed significantly over 2011–2020. 5-year relative survival trends are shown below.

Cancer and the Tongue 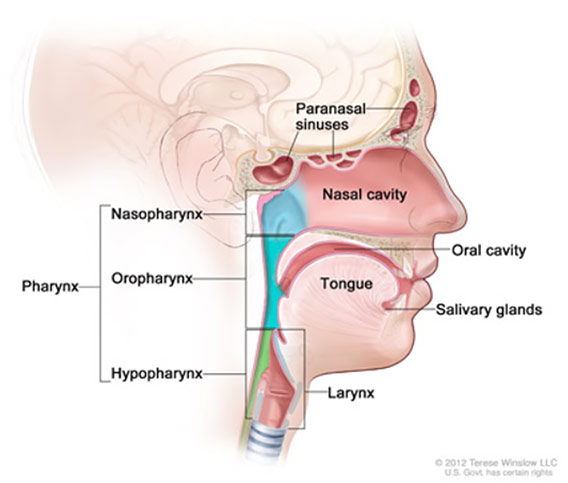 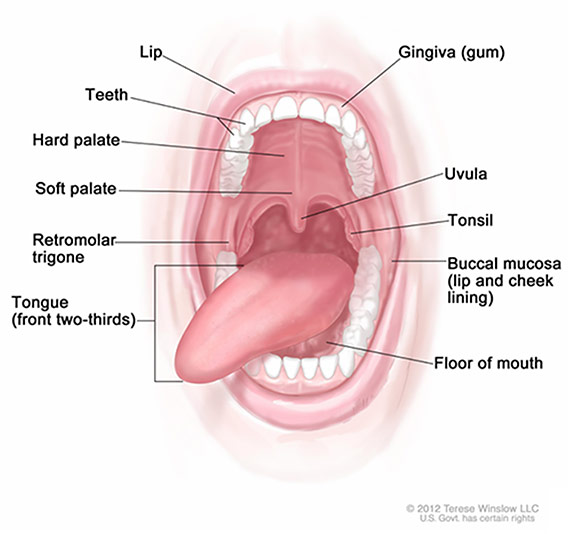 The tongue is an organ in the mouth used for tasting, talking, swallowing, and chewing. Tongue cancer occurs when cells in the tongue grow abnormally forming a cancerous (malignant) growth or tumor.

Tongue cancer is a type of head and neck cancer.

Cancer that beings in the front two-thirds of the tongue, or the part you can "stick out", is a type of oral cavity cancer. When the cancer begins in the back of the tongue, it its considered a type of oropharyngeal or throat cancer.

Here are some resources for learning more about tongue cancer.